The sun shone and the skies were clear for climbing Beinn Tulaichean last Saturday. Superb conditions at last for being able to get out of the city and up into the Scottish Highlands for some climbing and clearing out of all that mind clutter! 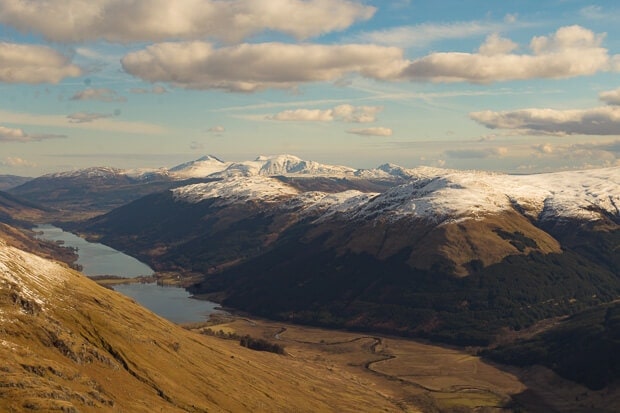 It’s all part of the 80/20 rule. Not just having a healthy diet and a weekly exercise routine, but also, keeping positive and active.

When you spend long days in work, I find it does the soul good to get out into the fresh air and Scottish countryside when possible. And this particular day’s climb of Beinn Tulaichean was one of those special days. 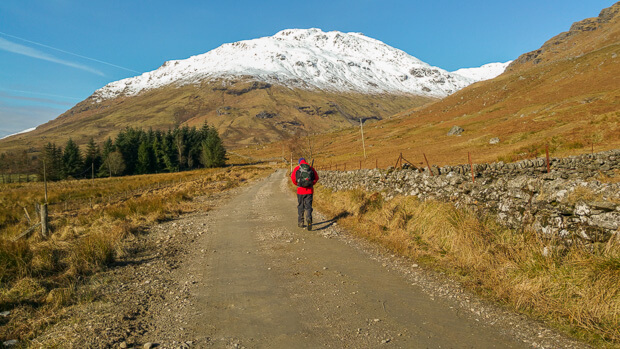 It was really disappointing last week when Liam and I had to abort our hill walking attempt of Ben Vorlich for our own safety reasons. The picture in the cauliflower cheese pasta bake recipe says it all, don’t you think? 😮

I mean it’s not that we’re not properly prepared for being out in the mountains in all conditions. We’ve all the right safety gear, proper Swiss mountaineering boots, a full set of waterproofs, crampons, ice axes and bivouac sacks. But we don’t do it for unsafe thrills. We do it for the enjoyment, for the scenery and for the broadening of the mind. And for the cameraderie too.

Anyway Liam’s first winter climb, last year of Dreish and Mayar was pretty spectacular. So I suppose it was Mike and I’s turn this year?

I digress. Our day out climbing Beinn Tulaichean started on arrival at the small car park, near Balquhidder, where the church where Rob Roy MacGregor is buried. Yes, that’s the chap Liam Neeson played in that film!

There’s a 30 minute walk to the foot of the mountain of Beinn Tulaichean, from the car park. And, as you can see from picture above, Mike lost no time in making his way there! 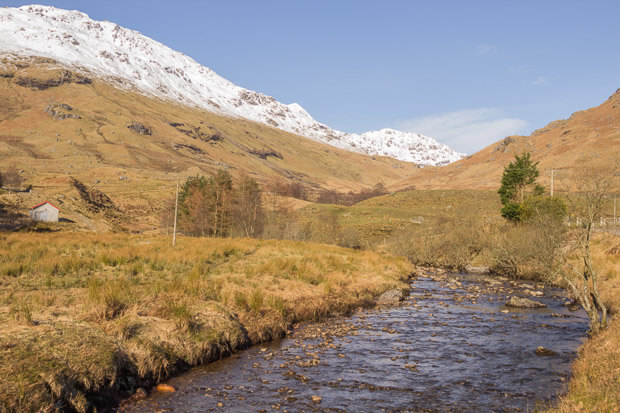 I’d like to say we’re near the end of winter, but I’m no weather prophet. So whilst there’s no snow on the lowlands in these photographs. There may well be up to a foot of it tomorrow! 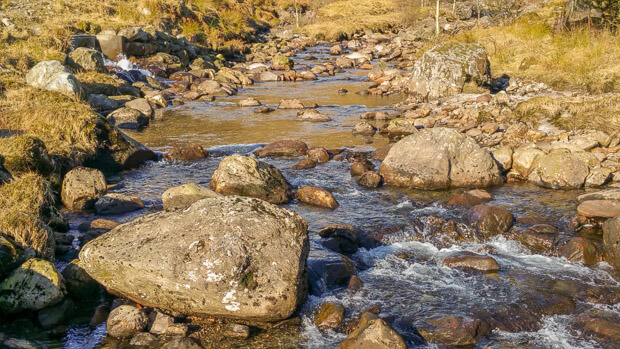 And I wouldn’t recommend dipping your hand for too long into this river’s water. Not only is it close to freezing point, but as it’s also the local farmers water supply, if the shock from the temperature of the water doesn’t knock you, the farmers warning will! 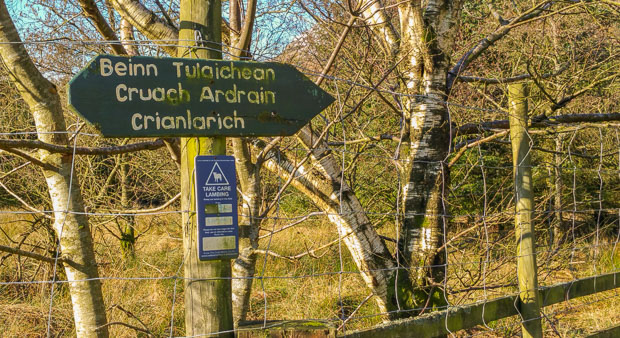 There’s 7 mountains of munro status in this part of Scotland. It’s possible to do all of them in a day. In about 15 hours of non-stop walking! We were just aiming for the one, Beinn Tulaichean. That was enough to be able to shake off the cobwebs and for Mike and I to catch up on everything that’s been going on lately.

I’ve known Mike since school. You might remember him from a previous trip I wrote about here, Ben Cruachan and Oban Weekend?

We spent the majority of our school and university holidays camping and climbing in these mountains. Nowadays with work and family commitments, we try and get out at least once a month. But even then, and I’m sure you’ll understand with your own commitments, it’s not always easy is it? 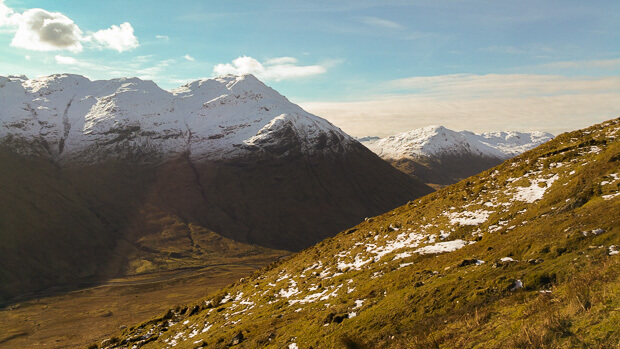 I’d been checking up on the weather throughout the week before our climb of Beinn Tulaichean was scheduled, gradually getting more and more excited as increasingly the forecast was really good.

The actual forecast for the day when it arrived was “most places dry and bright with sunny spells, the best of these over Stirlingshire and western Perthshire”. Well, that was exactly where we were, Stirlingshire, so we couldn’t have asked for better! 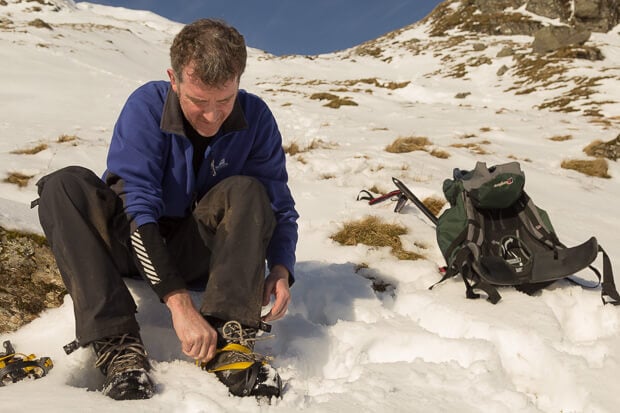 When we’d left the car, the outside temperature was hovering just around the freezing mark. Further up the mountain, here it was about -5C. We certainly weren’t feeling it though. Both of us were sweating and the sun beating down was actually making us question if we should have brought the sun tan lotion! 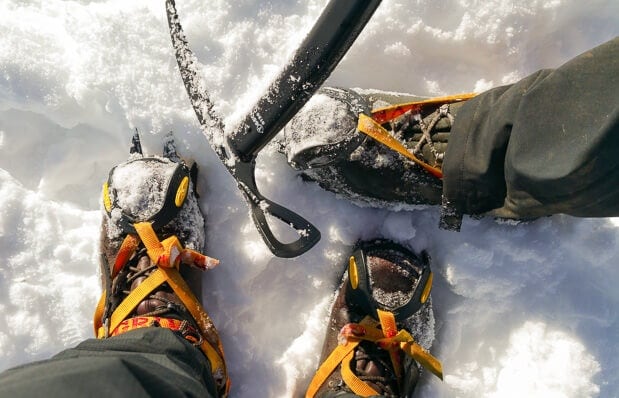 So with both of us ready for the next and final part of the climb to the summit it was time to head off! Only after taking a “selfie” of our crampons and ice axes. We figured it was better looking at them than our sweaty faces anyway. 😉 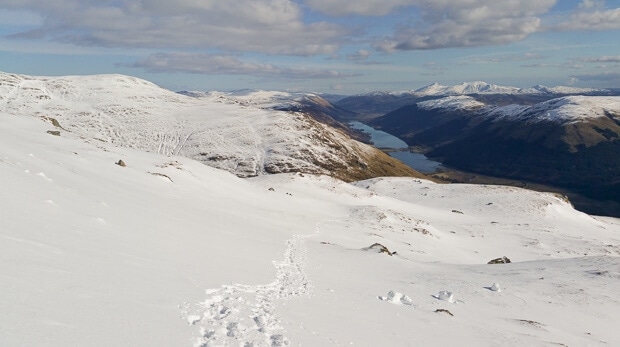 I’ll admit I took so many pictures that it probably added a good half an hour to our climb last Saturday but it was so worth it. And as always I thank Lady Lynne for selecting the best to tell the story of the day. Otherwise I’d still be stuck in Lightroom editing them and who knows when they’d be finished. 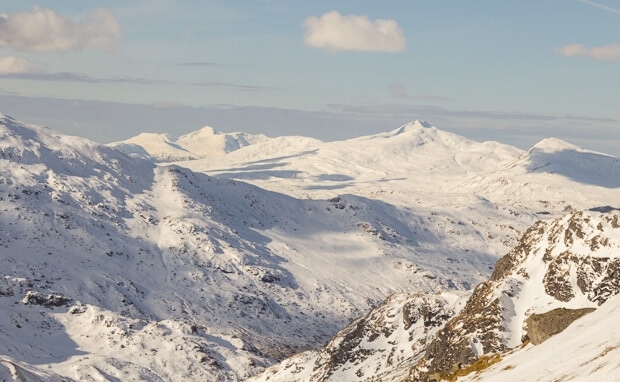 Pretty stunning eh? And, not a breath of wind either! 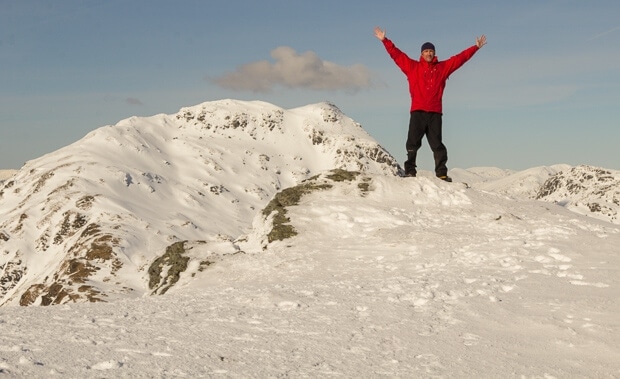 Finally at the summit, Mike poses, telling me he’s getting younger every day?

That summit behind him is Cruach Ardrain which we could have gone on to do, as part of the other 7 Munro’s, but we’d only planned food for one, so that was enough. You know how I like my food! 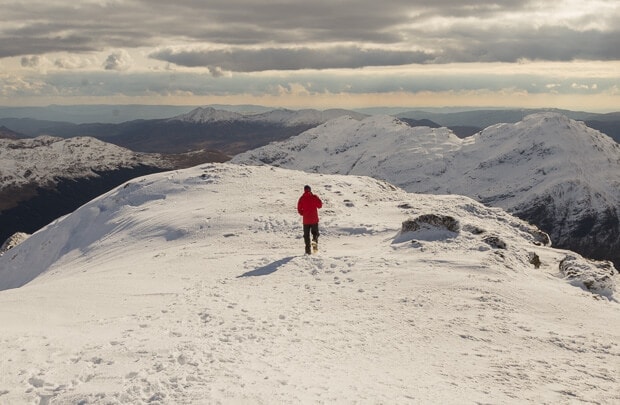 This is the view looking South. Glasgow is about 100 miles away, a two hour drive, behind the second ridge of hills in the far distance. 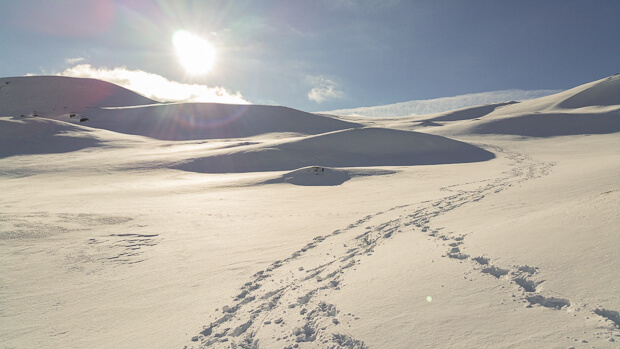 Having made our own way up, largely creating our own footsteps in the snow, we were able to follow others for a safe route down. We only met two other people the whole day, whilst going up. And their dog! 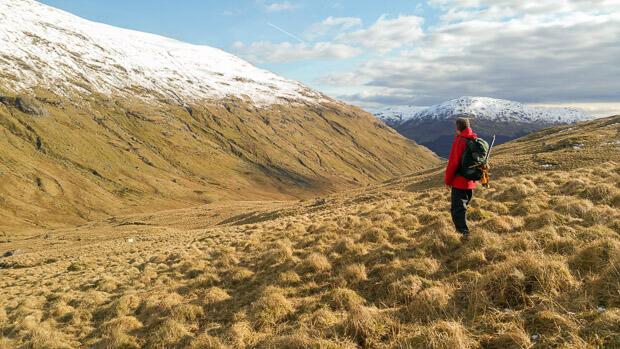 Back where the snowline ended we took off our crampons, and made our way slowly down the hillside, where we knew an old track at the bottom of the glen would lead us back down to the car park. 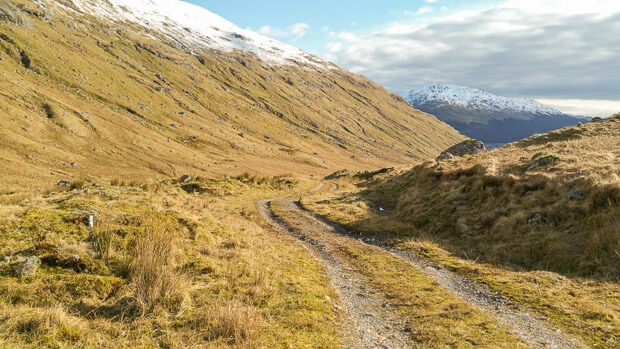 And from that track we were able enjoy the views and reminisce on past hill walking adventures as well as to begin planning our next one!

I know I’m incredibly lucky to be able to experience and enjoy fantastic scenery and days out like this. I live in an amazingly beautiful country. When you can see it through the rain and grey skies! But when you do, this is what lies beneath and it is truly is magical.

Anyway, I hope that you enjoyed his, and if you did, have you checked out the other hill walking pictures?

But for now, have a great weekend! And I’ll catch you up with you all on Tuesday with a brand new brunch recipe! 😀

In order not to miss future updates like this, or new recipes, make sure you’re following neilshealthymeals by adding your email* to the subscription list at the very top of this post and clicking “Subscribe” or by “following” me via your favourite social media channel below.

And thanks Amanda for our usual Thursday thinking out loud blog post sharing opportunity!