Happy Sunday Folks, I hope your weekend is going well! 😀

So wait…What? Whoa!! What’s this all about? A post from NeilsHealthyMeals on a Sunday? No way! What’s going on? Hackers? Spammers? Ha ha, no seriously I’ve been meaning to start an extra weekly update, I’ve just spent ages mulling over what exactly I’m going to put in it, and what I’m going to call it. 😮

So here is it. The first “What’s NOT Cooking”. What exactly is it? Em? Ok a random snapshot of what Lynne and I have been up to the previous week. A place to separate photos that are not recipe photos from the recipes! A place to give you guys a bit more blurb about what goes on in Bonnie Scotland. Highlighting some other blogs that I love? Maybe what’s going on in my head (sound of the desert and tumbleweed rolling by) or maybe a future link up opportunity for your blog too? We’ll see how it goes!

Ok, so let’s start (and maybe cheating a little) with some photographs from a walk Lynne and I were able to take up to Loch Sloy Dam last Saturday. I realise this should be about this week and not the previous week but I’ve already spent all week giving you five fantastic breakfast porridges so there wasn’t any space to stick this in there, except for today. Plus, as I said above I want to separate, from now on, what is not recipe material to here! 🙂

So, back on track, last Saturday Lynne and I were fortunate enough to get a really nice (but cold) day to venture out for our first walk of 2015.

We parked the car at the Inveruglas Visitor Centre, by the shores of Loch Lomond and made our way to the glen.

On the way to the road that leads up to the dam we pass by this ancient but picturesque building, Inveruglas Farm.

The West Highland Railway Line passes above us. If you are ever in Scotland you should take a trip on this line, it is absolutely stunning and steam trips also run on it throughout the year.

Now, what you can see here is Ben Lomond. Doesn’t it look completely different from when Lynne and I climbed it earlier this year? All snowy looking and cold.

This was also an opportunity for me to practice my photography again, so Lynne (not surprisingly) didn’t want to hang about in the cold and you can see the summit of A’Chrois as she heads up the track.

We’ve actually had quite a lot of mild weather in Scotland recently so although cold now, the tops of the mountains would usually be covered in deep snow. However you can see from this close of up A’Chrois that it isn’t really completely covered.

I’m actually beginning to have to run after Lynne here as she’s determined to make it up the road to the Dam as quickly as possible in order to return to a nice warm car journey home!

I managed to get this photograph looking back on Ben Lomond just as the sunlight hit the top of it. I quite like this! Maybe Paramount Pictures would like to buy this from me and change the one they currently use? ❓

Loch Sloy Dam beckons after we have a few more twists and turns in the track. I wouldn’t say this is a particularly strenuous walk, it being completely on a tarmac road, but the idea was to show Lynne the other Munro’s around this area so that we could walk them together in summer. I may have succeeded in putting her completely off!! Anyway, it was just nice to get out after all the Christmas and New Year celebrations.

You can walk up the track which goes round the left front of the dam to the top. Again, we were lucky that this day it wasn’t chucking it down with rain / sleet as it usually does at this time of year, in true Scottish style!

The base of the mountain at the top right of this photo is one I summited a few years ago with some friends. It’s called Ben Vorlich. Actually there’s a bit of a story about that mountain as one of my friends boots heals fell off and we had to seriously improvise there by tying it onto the rest of the boot with bits of string so he could get off the mountain. Rather than phoning for the mountain rescue. Anyway I digress…..

The water from this dam actually goes through a tunnel down the Glen to a valve house where it then it goes into 4 huge cylindrical pipes to the power station turbines on the shores of Loch Lomond. Then it powers my computer. 😀

So I think you can see here from Lynne’s face that it’s a bit cold (bracing as we would say in Scotland) and it’s time to head back down to the Visitor Centre at Inveruglas.

Scotland’s just one of those places where you have to keep an eye on the weather forecast. We’ve been known to have 4 seasons in one day. When it’s forecast that you are going to get a decent day, then we like to be out and about somewhere. All part of having an active life!

So what can I talk about now? 😕 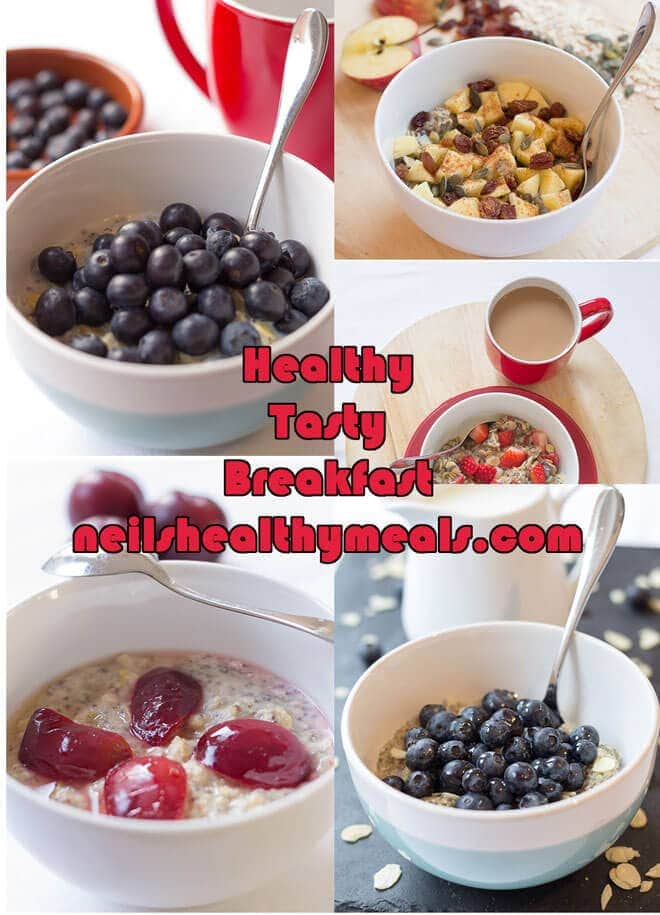 Oh yes, so last week saw me publish my 5 favourite porridge breakfasts (you’ve mentioned that already Neil! – shameless plug) and hopefully I’ve even inspired you to try out some different whole grains other than traditional oatmeal. I really enjoyed answering all the fantastic comments and emails I received (thank you 😀 )  and I will definitely look to have a similar feature in the future, taking on board your comments and requests for more gluten free breakfast recipes!

For those of you following the blog, you’ll know my absolute priority at the moment is to find a new job. I was made redundant from my previous employment, after 5 years there, at the end of last year and have been spending my time applying for new roles. That is my absolute priority but there’s only so long you can sit applying for new jobs every day isn’t there? Which leads me on to:-

Five new healthy recipes made their way from paper based ideas, then several flopped first / second trial failures to actual edible yumminess last week. (He says). The next stage is always where I make them again and trial them out on various people. Ok I trial them out on Lynne……. lol……so make sure you’re following me to see what they are!

When I was running on the treadmill just before Christmas, where I usually get my inspiration from, I was considering having some YouTube videos here of the kind of music that I like to listen to, be it on the treadmill or not and maybe suggesting that people could comment / suggest music they are currently listening to. We could do that? What do you think?

Is anyone else having a problem that this song makes them smile and do silly secret dance moves in their kitchen? No? Just me? Well I am special anyway……. 😎

I thought I’d better wrap this up here, as one of the things I also promised myself this year that I would do is try to keep blog posts to a reasonable length and paragraphs of just a few lines. Hmmm, Ok, I’ll try and do that next time…..

There’s so many bloggers out there that I want to mention here. And I want to mention you all, but in the spirit of what I’ve just said, above, (keep to the point Neil) I will just say for now that you should head over to Amanda’s blog for her Sunday update where she always has some fantastic blog excellence recommended reading. I’m always in awe of her blog and her warm friendly writing style.

This coming week I do intend to do this man’s microwave English muffin recipe which this kind fellow Glasgow blogger Jen pointed out that I CAN get canned pumpkin here In Scotland, so to be able to make it! Thanks to you all.

It’s nice to be nice and bloggers are a pretty damn nice group of people. 🙂

See you for Tuesday’s recipe.

Comments welcome (as always!) And thank you.