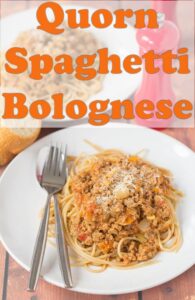 Quorn spaghetti bolognese is a fantastic vegetarian version of the traditional meat based Italian classic. In pretty much 30 minutes you’ll have this amazing family meal ready to serve and even meat eaters will love it too! 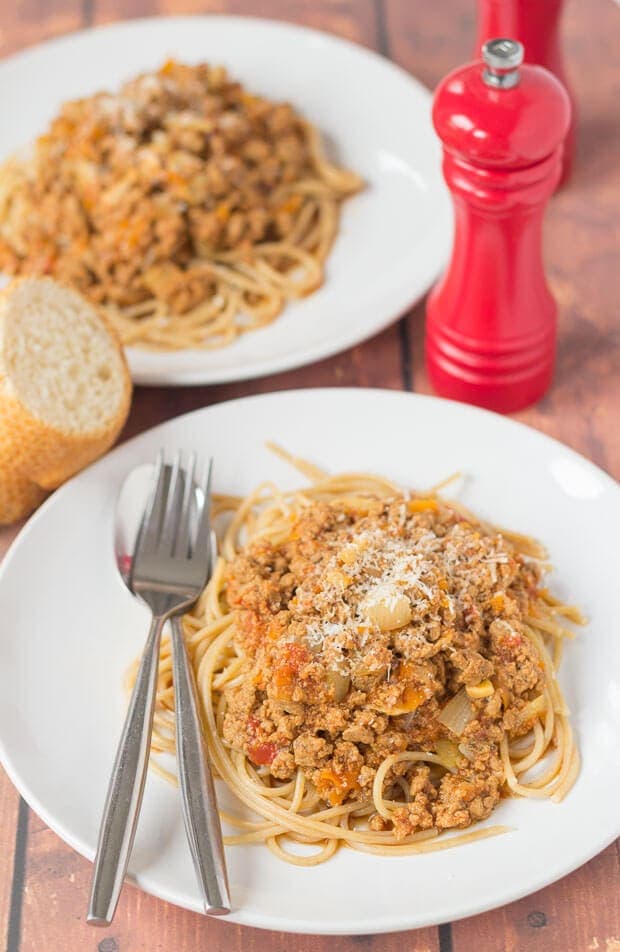 Even meat eaters will love it too. That’s quite a claim for this Quorn spaghetti bolognese isn’t it?

But seriously folks, I’m quietly confident that they will. After all I speak from experience.

Lady Lynne and I were once complete meat eaters, until we introduced Quorn into our lives and began to use it as a substitute for red meat.

This delicious alternative bolognese isn’t any more difficult to make that the traditional meat based version either, nor does it take any more time to cook.

It’s still crammed full of onions, mushrooms, tomatoes and herbs. Plus, you’re not loosing out on any protein with nearly half of your daily recommended amount provided by one portion.

You’ll still recognise the familiar comforting flavours in this bolognese and you can make it all in one pot, so cleaning up isn’t a problem.

Just add pasta and you have a perfect family meal. The sauce can be easily frozen too which really helps when you are trying to prepare meals in advance.

So why not dig in and give this alternative Quorn spaghetti bolognese a try? 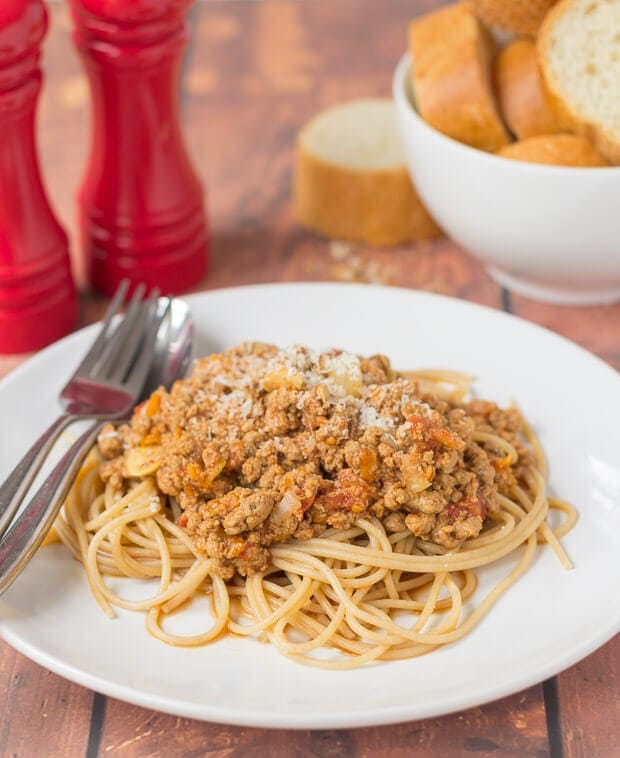 Now I would like to point out that Lynne and I are not vegetarians.

Meat and red meat in particular still have a place in our lives it’s just that we choose to eat a lot less of it. In fact I could go as far as saying that red meat for us is actually a treat.

Red meat can still form part of a healthy diet though and we are not in any way against it. It’s just that we in the west eat far too much of it and it could be a contributing factor of bowel cancer.

Its far healthier (and recommended) to eat more white meat (chicken and turkey), fish (one portion of white and one oily fish per week) and lots of fresh fruits, pulses (beans) and vegetables as opposed to red meat. This diet is more commonly known as the Mediterranean diet.

Quorn can help you as a meat replacement to some of your meat based traditional meals.

Is quorn spaghetti bolognese healthy? Yes it is. Quorn mince is low in fat and high in fibre. Plus there are only 390 calories in this quorn bolognese recipe so it’s perfect if you’re calorie counting!

If you enjoyed this Quorn spaghetti bolognese, then why not try some of my other popular Quorn recipes I’ve listed below? 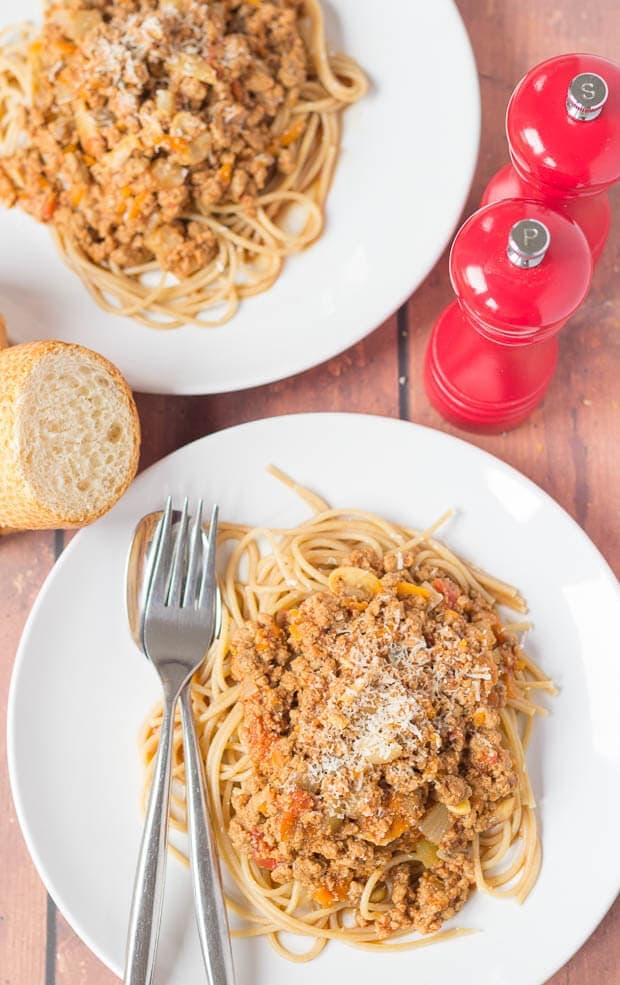 Tips For How To Make Quorn Spaghetti Bolognese

Other Popular Quorn Recipe You To Enjoy

So, onto Thursday and I’ll be posting my first new bread recipe in what seems like ages!

It’s going to be a really easy homemade whole grain pita bread recipe though, and if you’ve never baked any of your own bread recipes before, then it’s perfect as a first bake starter!

Hope you can join me then! 😉

Quorn spaghetti bolognese is a fantastic vegetarian version of the traditional meat based Italian classic. In pretty much 30 minutes you'll have this amazing family meal ready to serveClick to Tweet

Quorn mince is less expensive than traditional mince too so you’ll also be saving yourself some money. And that’s always an extra bonus if you ask me! 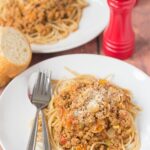 The bolognese sauce can be frozen.