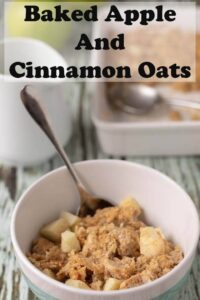 Baked apple and cinnamon oats is a delicious and easy 30 minute breakfast. This healthy cooked porridge oats recipe is perfect as a weekend brunch too! 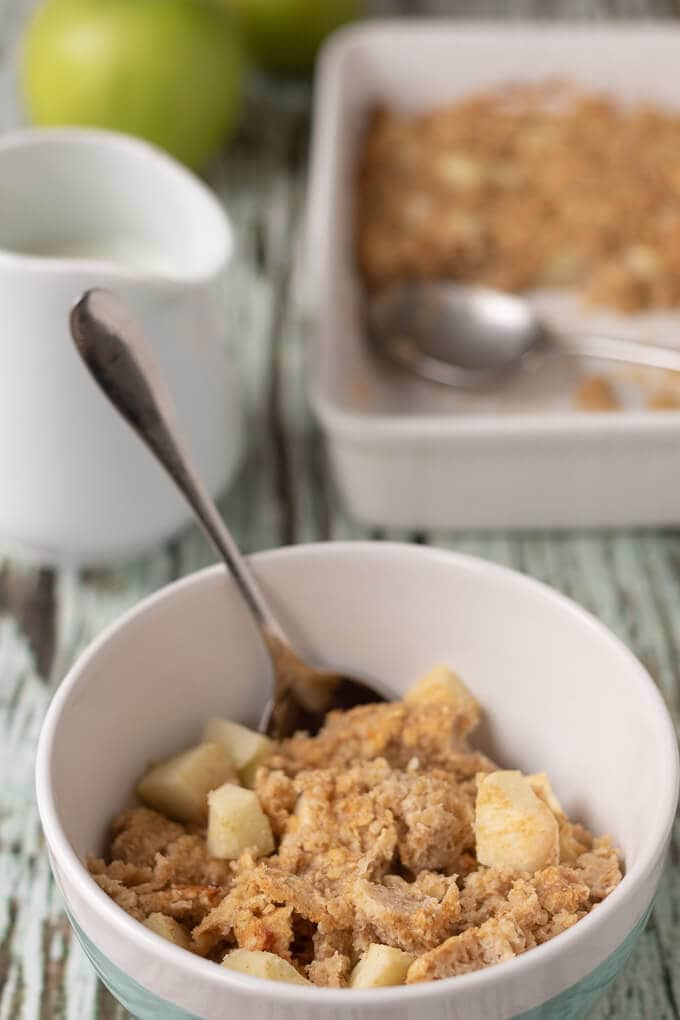 And here it is. A delicious tasty baked apple and cinnamon oats for two!

Because you love my sugar free cinnamon apple crumble for dessert, I thought “how about a variation of it for breakfast”?

I mean let’s face it. What’s wrong with eating a healthy dessert for breakfast?

That’s where the inspiration for this recipe came from. 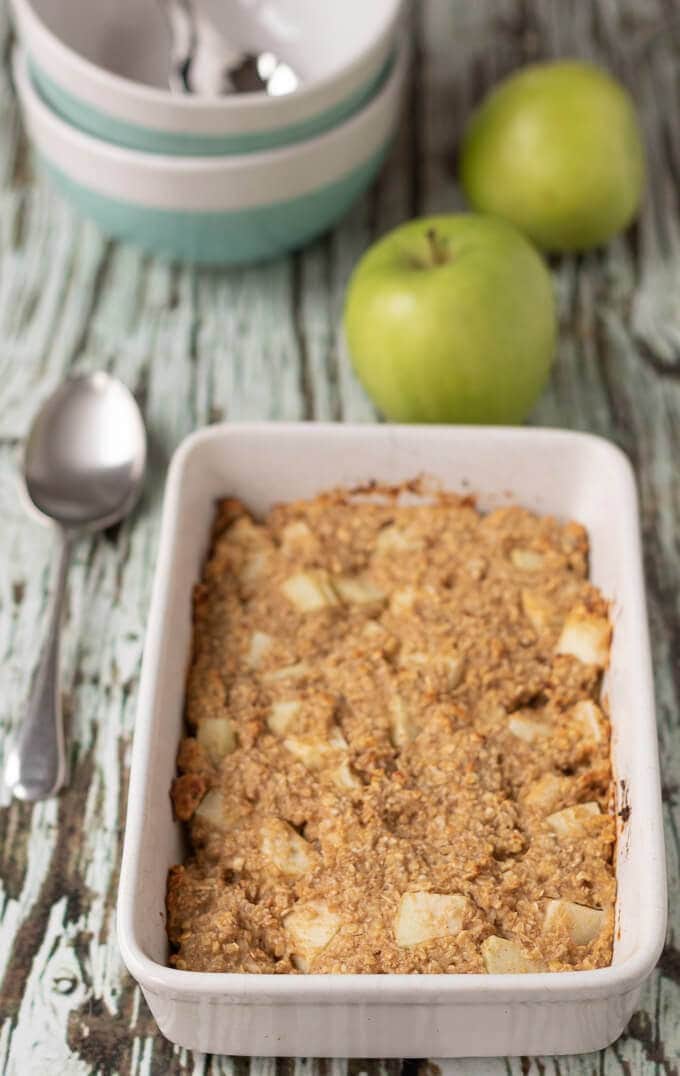 It doesn’t take long to get this dish on the table either.

You can prep this amazing weekend breakfast / brunch in just 10 minutes. Then it only takes 20 minutes cook!

Enjoy the delicious cinnamon and apple aromas filling your kitchen and house as it bakes. 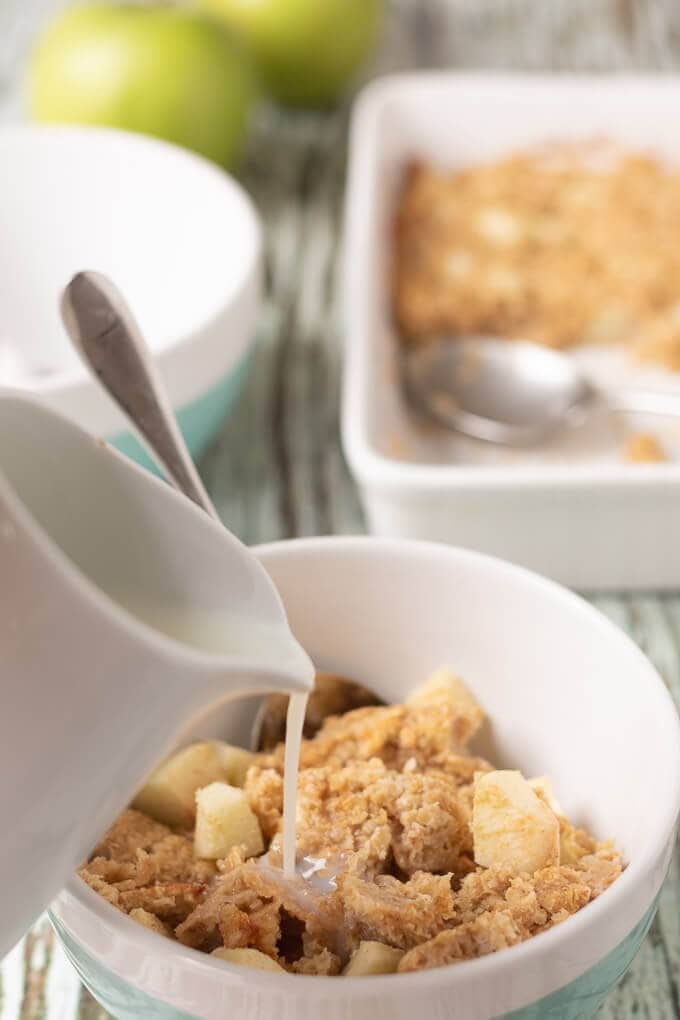 I’ve added just the minimal amount of sweetner to this recipe. Only two tablespoons of honey.

Depending on your own personal preference or how sweet you like this breakfast, I suggest adding extra honey / sweetner after it’s baked.

I like to pour over a little cold milk whilst the baked apple and cinnamon oats is still hot. That helps to warm the milk up which I think makes this breakfast even more delicious, plus giving you a good dose of healthy calcium! 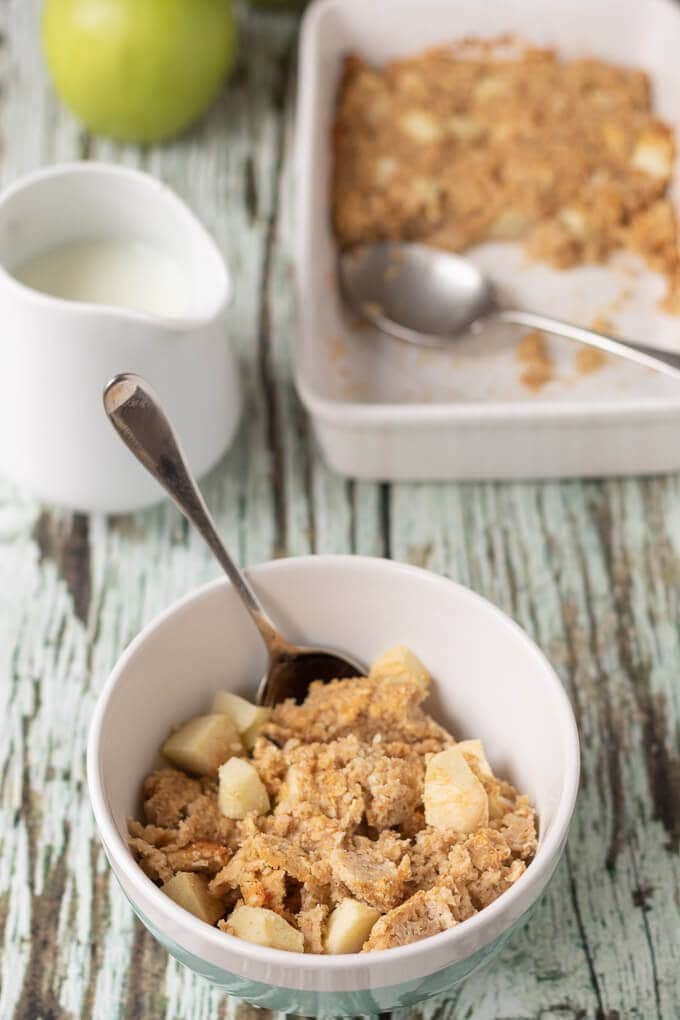 There is quite a lot of truth in the saying “an apple a day keeps the doctor away”!

Why This Baked Apple and Cinnamon Oats Is Good For You

Folks, I hope you enjoy this tasty baked apple and cinnamon oats recipe!

With Christmas coming up it’s time for another easy cake recipe so next Tuesday I’m adding to my other popular loaf cakes with a white chocolate and raspberry one.

Then on Thursday there’s a new soup recipe. This one could be perfect as a Christmas Day starter. It’s leek and stilton soup!

Hope you can join me for both of those tasty recipes next week!

Baked apple and cinnamon oats is a delicious and easy 30 minute breakfast. This healthy cooked porridge oats recipe is perfect as a weekend brunch too!Click to Tweet

This is a great start to your morning and can be eaten hot or cold! 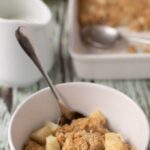 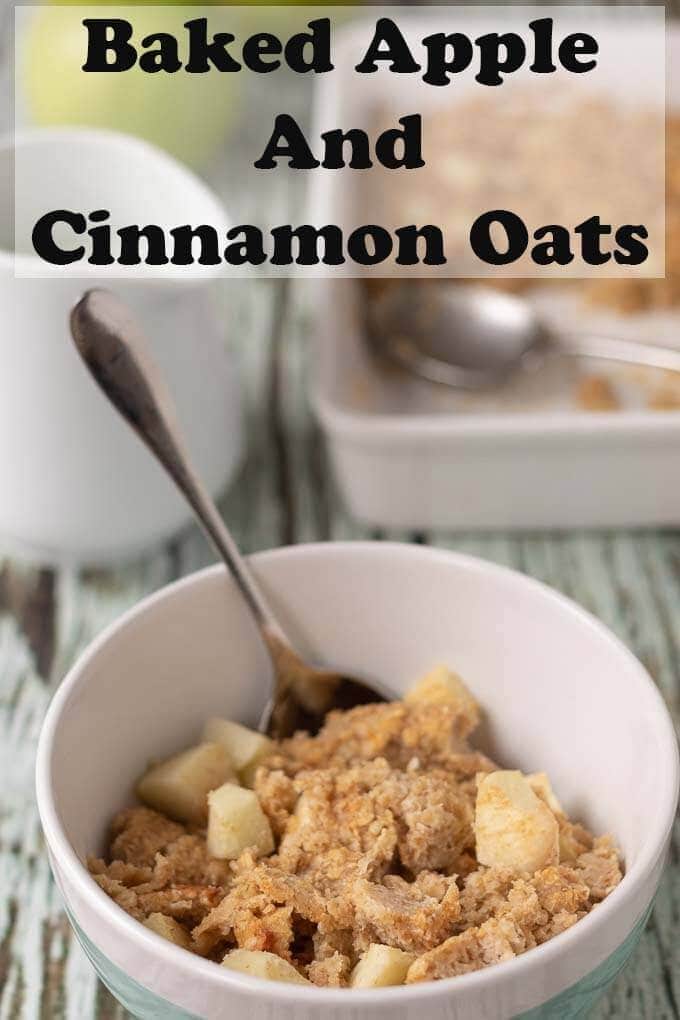